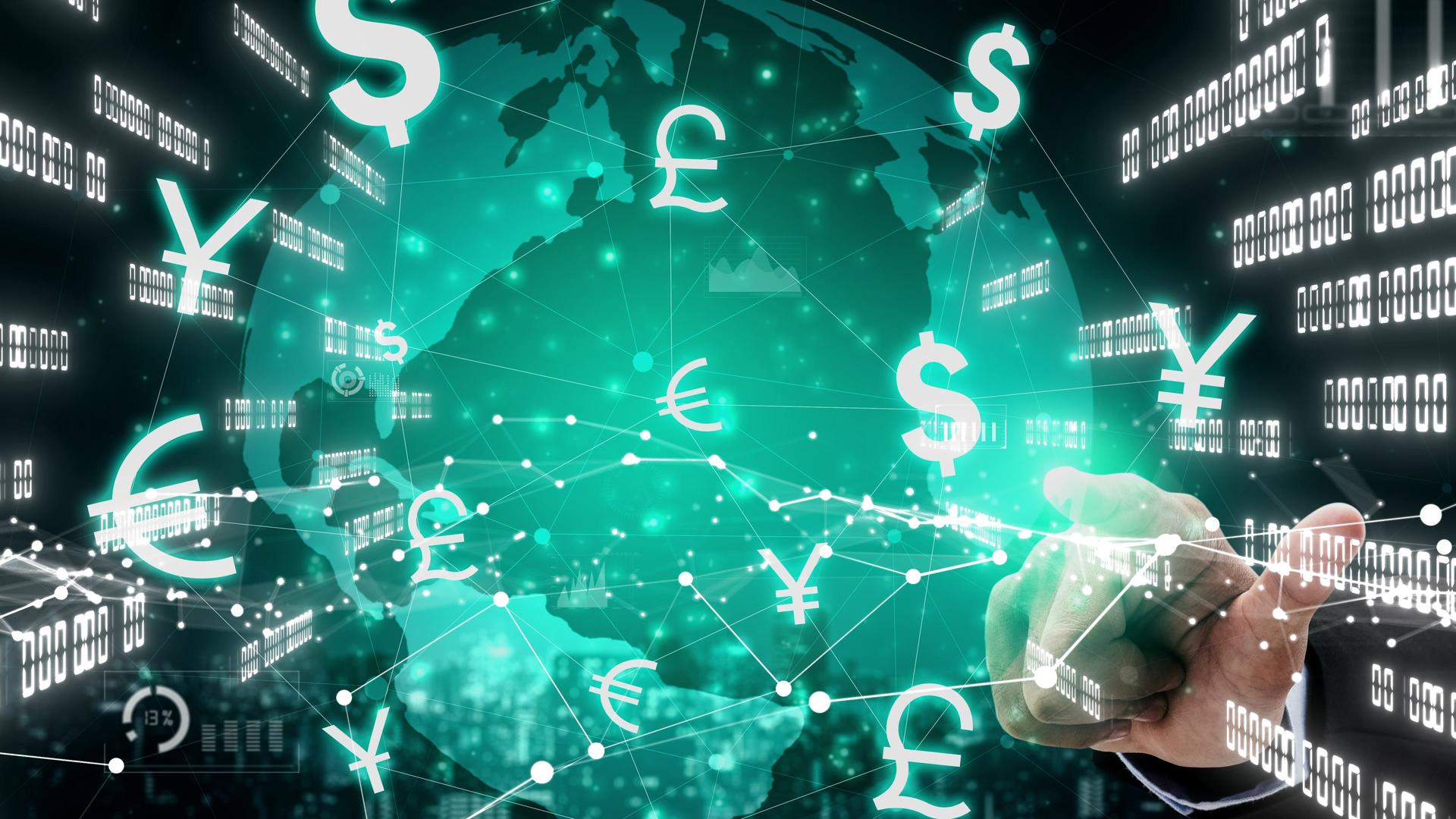 The most recent Research Reports and Publications of proposed CBDCs and their potential reforms of the Global Financial System issued by:

all carry recommendations for proposed CBDCs that mirror the existing capacities and functionalities of Webtel.mobi’s (“WM’s”) Globally tested and due diligenced, fully proven in eight years of global operations and fully-operational TUV Digital Currency-equivalent and CBDC-equivalent.

Moreover, all the capacities and functionalities within WM’s TUV Digital Currency and CBDC equivalent were examined and validated by the former Chief Rapporteur, Commission of Experts of the President of the UN General Assembly on Reforms of the International Monetary and Financial System – Professor Jan Kregel – in over a year of research and review.

The conclusion reached from the comparison of:

is that the WM TUVs can already be adopted and used by Central Banks and other Foundational Economic and Financial Organizations worldwide as an existing and functioning Wholesale and Retail CBDC Instrument – in all their respective currencies, and in multicurrency format.

BIS, IMF and World Bank Joint Report to the G20:
“Options for access to and interoperability of CBDCs for cross-border payments”

CBDCs can help to enhance cross-border payments in various ways.

First, is the opportunity to start with a “clean slate”. CBDC infrastructures could be made available 24/7, allowing for instant cross-border settlement and overcoming mismatches of operating hours between different jurisdictions. Interoperability of CBDC systems could facilitate cross-border CBDC payments between financial institutions, corporates and consumers by reducing the costs for PSPs and shortening transaction chains, which might eventually result in a higher transaction speed and lower end user fees.

Second, cross-border CBDC arrangements would improve the safety of cross-border payments since CBDCs are a direct liability of the central bank, there is no need for PSPs to act as liquidity providers, which could increase the number of PSPs. However, those PSPs acting as FX providers must have CBDC accounts with the central banks to hold and transact both currencies. A common FX trading venue could enhance competition and bring additional benefits. An increased number of PSPs and direct access to central bank money could then shorten cross-border transaction chains, simplify processes and address current frictions in cross-border funding arrangements.

Third, CBDCs, as a new means of cross-border payment, would increase payment diversity, thereby stimulating resilience, competition and efficiency in a cross-border context. The potential programmability features of CBDCs enabled by smart contracts and APIs could facilitate faster and better interoperability with other CBDCs and non-CBDC systems. This would allow payments to be tightly linked to business processes enabling self-triggered and conditioned transactions, leading to vast improvements to payment speed, and hence promote efficiency. CBDCs could also specifically be designed to improve individuals’ and businesses’ access to affordable cross-border payment products and services, for example through simplified onboarding allowing remote registration or electronic know-your-customer (e-KYC) processes and through low-cost and easy-to-use instruments.

Overall, interlinking of CBDC systems through a hub and spoke or single system might bring more improvement to the cross-border payments market than compatibility or single access points, and the same holds for direct access models compared to closed or indirect access.

As can be seen, every recommendation regarding proposed CBDCs by the BIS, IMF and World Bank to the G20 – and many more aspects – are already existing and fully-operational realities with, and within, WM’s TUVs. The same is the case with the second set of salient point recommendations from the Bank or Japan, as follows (with the Report’s recommendation in italics and the WM capacities and functionalities bullet-pointed thereunder) –

As a general purpose money issued by a central bank, CBDC must incorporate the following core features.

First, universal access – that CBDC is available to anyone as a foundational payment instrument.

Third, CBDC system must incorporate resilience so that it can be used anytime, anywhere 24/7/365.

Finally, it should ensure interoperability with private settlement systems.

Again, every recommendation by the Bank of Japan’s Liaison and Coordination Committee on Central Bank Digital Currency for their proposed CBDC mirrors the existing functionalities and capacities within WM’s existing and fully-operational TUVs. The same is the case as regards the conclusions reached by the US Treasury’s Office of Financial Research, as follows (with the Report’s recommendation in italics and the WM capacities and functionalities bullet-pointed thereunder) –

However, the introduction of CBDC creates two other key changes. First, it reduces depositors’ need for liquidity insurance and, therefore, leads banks to do less maturity transformation. Second, inflows into the CBDC give policymakers real-time information that can be used to improve the policy response to a crisis. Both of these changes decrease depositors’ incentive to withdraw from weak banks. In some cases, the net effect of introducing a CBDC in our model is to improve rather than undermine financial stability.

All of the primary and salient-point recommendations of all these entities – as well as many other capacities, structures and requirements that have not been identified by external parties yet – are already existing and fully-operational realities within WM’s TUVs – on a global 24/7/365 basis for all transaction types in all currencies.

Previously, the WM Global Clearing System and WM TUVs were reviewed by one of the world’s leading macroeconomic entities for over a year. The former Chief Rapporteur, Commission of Experts of the President of the UN General Assembly on Reforms of the International Monetary and Financial System – Professor J. A. Kregel, who was at that time also the Director of Research at the Macroeconomic Institute – personally headed up the detailed review.

As the person who was previously the head of the Commission of international Experts charged with formulating potential means of reforming the international Monetary and Financial System, Professor Kregel has some of the broadest and most in-depth knowledge and experience on all systems, structures and methodologies related to these matters.

Professor Jan Kregel – Former Chief Rapporteur, Commission of Experts of the President of the UN General Assembly on Reforms of the International Monetary and Financial System:

Research Paper – “New Dimensions for the TUV in the Webtel.mobi system”

If one considers all of the capacities that already exist and function within the WM system it is clear that the WM system represents and provides virtually all capacities (and/or the ability to replicate virtually all capacities) of the existing global financial system. Moreover, it provides them in a more secure, more rapid, less costly and centrally managed manner. It can therefore be taken that the WM system — including its TUV facilities — is a replication and improvement of the existing global payments system and global financial system.

The WM TUV system — combined with its Currency Conversion, Currency Swap, ICLM Transfer and Currency Wallets facilities — together already provide all the features of national or international Central Bank Digital Currency (CBDCs), whether introduced at either the inter central bank or retail level. Indeed, the WM system provides the equivalent of Keynes’s proposed Bancor, without requiring the introduction of an international currency. The current distribution and implementation of this potential of the WM system has allowed the creation of these possibilities as a complement to the current global commercial and central banking systems, and without infringing on central bank or national monetary policy sovereignty – and the WM system is already fully operational worldwide.

The above extracts illustrate once again that the primary recommendations of the world’s foremost Macroeconomic and Financial Organizations are not only correct, but also that they have been existing and fully-operational realities within the WM Global Clearing System and WM TUVs for some time. Moreover, there are no “unknowns” with regard to the WM TUVs, as they – and the WM System in its totality – were fully tested, due diligenced and proven in global operational testing for eight years.

There are very many additional advantages, savings, efficiencies that the WM System and its TUVs have introduced, of which – although very applicable now – its solutions for countering Inflation and Currency Depreciation are only two of dozens of added advantages in respect of global macroeconomic and financial stability.

While Meta (formerly known as Facebook) and other entities have shut down and ended their attempts to develop a functioning digital currency, and Central banks worldwide are struggling to even reach consensus on a roadmap towards CBDCs, WM’s TUV Digital Currency and CBDC equivalent has been going from strength to strength.

It has been globally tested, due diligenced and proven over many years, and is fully-operational worldwide. It provides – in existing reality – all the advantages and solutions postulated in the conclusions of various Research Papers on CBDCs and the Reform of the Global Financial System – and many more that have not yet been realized. Moreover, it has been constructed to enable a worldwide switch to – and utilization of – the TUVs and the entire WM System by:

The final confluence of views from all relevant organizations worldwide now indicates that the requirements, capacities and functionalities within the sought-after CBDC instrument already exist within – and are surpassed by – the WM System and its TUVs.

The stage has therefore now been set for the potential worldwide and systemic adoption of the WM System and its TUVs as the means through which to achieve – in a very rapid timeframe, and by all role-players – the inclusive Global 21st Century Digital Economy that has long been sought.

As was stated by Professor Jan Kregel in the Research Report ‘New Dimensions for the TUV in the Webtel.mobi system’:
“The WM system therefore represents an operational and fully functioning global financial system, which does not reform the existing one, but rather functions in parallel to it, and has the capacity to replace it.” Research Papers on the WM System’s Converged Capacities by Professor Jan Kregel – former Chief Rapporteur, Commission of Experts of the President of the UN General Assembly on Reforms of the International Monetary and Financial System:

The photo is also available at Newscom, www.newscom.com, and via AP PhotoExpress.