NEW YORK, May 10, 2022 (GLOBE NEWSWIRE) — Liquid Staking Platform ClayStack has released the findings from its new State of Staking 2022 Report.

The findings come from a survey of 999 respondents who actively invest in proof-of-stake cryptocurrencies and hold more than $5,000 worth. Respondents were divided into three groups, split evenly between Europe, Asia, and the United States. The survey was conducted using PollFish.com.

Commenting on the findings, Mohak Agarwal, CEO of ClayStack, said: “The findings confirm our belief that for staking to reach mainstream adoption, users must not be forced to lock up their crypto in order to receive passive returns from staking. Staking must evolve in order to provide users the benefits of staking while also allowing them to participate in the DeFi ecosystem — this is where liquid staking comes in, which we believe is the future of liquid staking.”

ClayStack is the next-generation blockchain-agnostic staking protocol that enables users to unlock the power of staked digital assets in the form of liquid staking derivative tokens. The ClayStack team consists of veteran blockchain professionals who have been part of this space since the launch of the early staking mechanisms. For more information, please visit www.claystack.com. 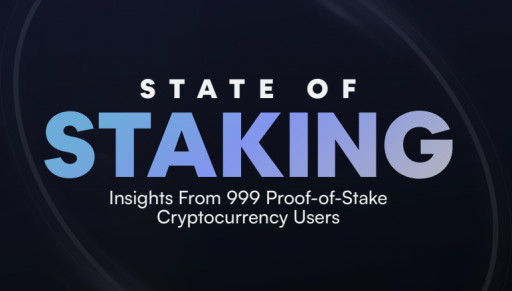