Officially supporting Fantom within the Pocket Network enables developers to mint Fantom RPC endpoints for their applications directly from the Pocket Portal, enabling node runners to, for the first time, earn $POKT for servicing Fantom traffic from applications, tools, services and protocols.

“Centralized RPC providers are often susceptible to single points of failure that can bring down service,” said Michael O’Rourke, Co-Founder and CEO of Pocket Network. “After successfully whitelisting support for the Fantom network with the 0049 Relay Chain ID, we’re proud to announce that Pocket Network is bringing decentralization to Fantom and, for the first time, providing incentives and rewards for node operators.”

Adding Pocket Network support for Fantom blockchain brings true decentralization to Fantom’s remote procedure call (RPC), allowing Pocket’s middleware protocol to decentralize the RPC layer and provide a second layer of full-node incentives via its native blockchain protocol cryptocurrency $POKT, a utility token. As with most centralized blockchains, applications are limited by a certain number of requests per day. Pocket Network solves this by offering load-balancing built-in at the protocol layer to provide an extra layer of redundancy that centralized RPC providers can’t replicate. Thanks to Pocket Network, a pool of highly-available Fantom nodes are ready to serve Fantom applications (and RPC aggregators), performing hundreds of millions of relays daily.

“Having Pocket Network’s decentralized RPC on Fantom brings us one step closer to a future built on censorship-resistant and decentralized infrastructure,” said Michael Kong, CEO of Fantom Foundation.

“Prior to now, there were no full-node incentives on Fantom––only Fantom validator nodes could earn $FTM rewards for validating blocks and maintaining consensus,” said Alberto Jauregui, Ecosystems Developer at Pocket Network. “Supporting Fantom not only provides a resilient and reliable RPC service for developers but also creates an extra stream of income in the form of POKT for full-node runners while making the Fantom network more robust at the same time. It’s a win-win for Fantom applications and nodes, demonstrating their dedication to building the infrastructure for a more democratic and efficient future, true to the maxim of decentralization.”

About Pocket Network
Pocket Network, a blockchain data ecosystem for Web3 applications is a platform built for applications that uses cost-efficient economics to coordinate and distribute data at scale. It enables seamless and secure interactions between blockchains and across applications. With Pocket, the use of blockchains can be simply integrated into websites, mobile apps, IoT and more, giving developers the freedom to put blockchain-enabled applications into the “pocket” of every mainstream consumer. For more information visit pokt.network. 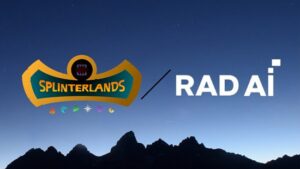 A bright light in the dark night of Cryptocurrency tradingAUSTIN, Texas, May 27, 2022 (GLOBE NEWSWIRE) -- The ControlAI Beta...