LAS VEGAS, April 26, 2022 (GLOBE NEWSWIRE) — Asia Broadband Inc. (OTC: AABB) (“AABB” or the “Company”) is pleased to announce that the Company has received a total of $2.8 million from the four directors of the Company for the purchase of preferred shares. A total of 28 million non-convertible, preferred shares were issued at the par value of $0.10 per share with each share having 100 voting rights and equal participation with common shares for all future dividends. The Company President and CEO, Chris Torres, purchased $2.4 million of the total preferred share issuance. The entire $2.8 million share sale proceeds will be allocated to the Company’s capital expansion programs.

“Our entire management team is committed to the Company’s growth and profitability and we have emphatically demonstrated this with a substantial long-term investment to fuel the expansion of our gold production and digital asset divisions. Our focus and determination to succeed in every area of the Company’s business has intensified now with our capital contribution”, affirmed Chris Torres, AABB President and CEO.

AABB continues to implement its mining production and acquisition strategy to optimize capital utilization by focusing operations in regions of Mexico where AABB has a comparative advantage of development resources and expertise available for accelerated expansion and duplication of the Company’s previous gold production success. Additionally, the Company’s digital asset division that includes the AABBG cryptocurrency token, AABB Wallet, AABB Exchange and NFT’s continues to develop and expand rapidly into 2022.

Asia Broadband Inc. (OTC: AABB) is a resource company focused on the production, supply and sale of precious and base metals, primarily to Asian markets. The Company utilizes its specific geographic expertise, experience and extensive industry contacts to facilitate its innovative distribution process from the production and supply of precious and base metals in Mexico to client sales networks in Asia. This vertical integration approach to sales transactions is the unique strength of AABB that differentiates the Company and creates distinctive value for shareholders. Additionally, the Company has added a digital assets business segment and released its AABBG freshly minted mine-to-token gold-backed cryptocurrency within its AABB Wallet and a proprietary digital exchange AABBExchange. AABB expects its token to become a world-wide standard of exchange that is stable, secured and trusted with gold backing, while having the added benefit of demand based price appreciation. These are unique and outstanding qualities relative to other cryptocurrencies.

Forward-Looking Statements are contained in this press release within the meaning of the Private Securities Litigation Reform Act of 1995. These statements are based on the Asia Broadband Inc.’s (the “Company”) expected current beliefs about the Company’s business, which are subject to uncertainty and change. The operations and results of the Company could materially differ from what is expressed or implied by the statements made above when industry, regulatory, market and competitive circumstances change. Further information about these risks can be found in the annual and quarterly disclosures the Company has published on the OTC Markets website. The Company is under no obligation to update or alter its forward-looking statements as future circumstances, events and information may change. 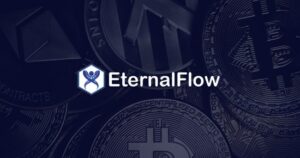 OJA Coin ($OJX) is a next-generation platform for customer loyalty rewards that solves inefficiencies in today's loyalty programs by utilising...