A special campaign will be held for users to experience Edgeswap’s functions.

LONDON, April 25, 2022 /PRNewswire/ — EdgeSwap, an Ethereum-based Layer 2 trading protocol that uses ZK Rollup technology, today announced the launch of its public Beta version. With this version, EdgeSwap has greatly improved its system stability, security and user experience. Users can swap, deposit, transfer or inject their digital assets to liquidity pools, as well as withdraw tokens between Layer 2 and Layer 1 of the public Beta version.

Ethereum’s popularity as a store of value has enhanced the blockchain industry and continues to show its dominance. As Ethereum makes deploying smart contracts on-chain possible, the addition of decentralized finance (DeFi) and non-fungible tokens (NFT) has enabled explosive growth for the blockchain industry.

This past year has seen Ethereum’s user traffic and on-chain congestion increase significantly, including its notorious gas fees. At the height of the congestion, Ethereum processed approx. 20 transactions per second, despite gas fees exceeding $200. To counter this, EdgeSwap adopts technologies that provide users with greater efficiencies, low rates and a safe service. Features of EdgeSwap beta version are as follows:

To promote the public version of Edgeswap, the Edgeswap team will hold a special campaign from 12 April to 19 April 2022, during which users can experience Edgeswap’s functions, including swap & transfer and liquidity mining. Users will be able to swap, transfer and mine digital assets on Layer2; while deposit and withdraw function will be available between Layer1 and Layer2. USDT-USDC, ETH-USDT, and other five trading pairs will be available for liquidity mining. Users with ordinary addresses have a mining limit of $1000, while the whitelisted users have a mining limit of $5000 during this campaign. Good news — users will have the chance to get whitelisted by joining Edgeswap communities. To learn more about the campaign and how to get whitelisted, click here.

Developed by Edge Labs, EdgeSwap is an Ethereum-based layer 2 trading protocol that adopts the ZK Rollup technology. With the industry’s top-grade hardware acceleration solution and circuit optimization system, EdgeSwap provides the market with high-performance, cost-effective swapping and farming services. At the same time, it protects users’ assets and privacy through the highest level of security among layer 2 scaling solutions. 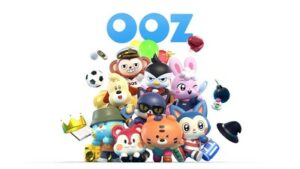