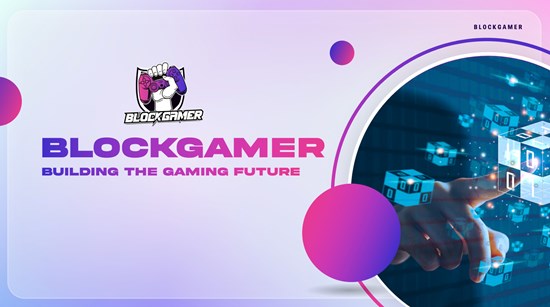 Helsinki, Finland–(Newsfile Corp. – December 14, 2022) – Blockgamer raised USD7M from a revolutionary growth program as expansion into Asia gained traction and grew its game database from a dozen home-grown games to over 1,000 as of December 2021. Its player base grew exponentially as well as players around the world are attracted to its freemium, play to win model.

Blockgamer, an online gaming platform that has a player base of 80,000 monthly active users has continued to find success in its hybrid gaming model of providing hyper-casual games, leaderboards and exciting prizes to players.

Blockgamer is pushing the limits of what constitutes an online gaming platform world by rewarding consistent and dedicated players with attractive prizes.

With the introduction of a revolutionary growth affiliate plan namely BlockGamer Growth Program in 2021 that provides anyone who wants to grow with Blockgamer the opportunity to participate in its expansion plans, BlockGamer has bypassed traditional roadblocks and allowed players themselves to determine and guide the future of BlockGamer.

“We could’ve taken investments from institutional firms, but it’s stronger to take it from the game industry and players who believe in our mission,” said Johannes Virtanen, Media manager of Blockgamer. “We are a gaming company first that is utilizing and bringing new technologies into our games and players.”

In 2022, the Growth Program managed to raise over $7M from players all around the world. New games were added to the platform, the prizes and player base augmented significantly and new technologies were introduced to the platform. The private marketplace where players can experience different gaming experiences came out of Beta and is now being enjoyed by over 1,000 active daily players in BlockGamer.

With over 1,000 game items being traded regularly and more being added daily, the marketplace has not only grown the revenue but also received rave reviews from the players. The Growth Program participants have also received substantial rewards for their commitment and belief in the platform.

“As we head into 2022, we are exploring and developing games that push the limits of our imagination and are actively pursuing the next-level of gaming,” said Johannes. The next frontier will be entering the VR/AR gaming ecosystem and using the latest blockchain technologies to enhance the gaming experience.

BlockGamer is also doubling down on its plan to expand into the global market and will push aggressively into the Asian market in 2023, namely Southeast Asia.

To view the source version of this press release, please visit https://www.newsfilecorp.com/release/147885

Moflix AI is the first-ever movie streaming platform that allows users to watch the latest movies, TV shows, and documentaries...

According to Beyond Market Insights, the global cryptocurrency market size was worth USD 4.40 billion in 2021 and is estimated...

FAMEEX's hiring expansion goal to reach 500 employees is expected to result in 50 to 100 new hires by the...

Market players enter into strategic partnerships and collaborations to accelerate growth and profits and capture new markets. The key industry...