The partnership features Splinterlands’ first drop on the Ethereum blockchain

PHILADELPHIA, Nov. 2, 2022 /PRNewswire/ — Splinterlands, the hit blockchain game known for its fantasy-themed auto battler, has announced its partnership with OpenSea, the world’s leading peer-to-peer marketplace for NFTs, to create an exclusive NFT mint for its new “Runi” series which is currently available to mint on the platform. According to OpeanSea’s ranking on leading projects by daily volume, Splinterlands has surpassed The Sandbox, Pudgy Penguins, Cool Cats, VeeFriends Series 2, Moonbirds, and SuperRare within the first day of its release. Over the first two days of the allowlist mint, Runi has hit #2 on OpenSea’s trending charts and accumulated over 100 ETH in sales volume.

The unique series of Runi NFTs, which will be available for in-game use as a playable card, had its successful rapid sellout of all 2000 allowlist placements in under two minutes on September 22. The mutually beneficial partnership with OpenSea will expand the reach of Splinterlands into a broader cryptocurrency market and bring OpenSea more deeply into contact with the GameFi community of Splinterlands. Both companies, with shared passion for the utility brought about by blockchain technology, anticipate the partnership will expand Web3’s exposure further into a mainstream audience, whilst bringing together various Web3 verticals.

Jesse “Aggroed” Reich, co-founder and current CEO at Splinterlands, expressed his excitement at the partnership with OpenSea.

“I’m ecstatic. OpenSea is such an enormous player in the Web3 vertical, and the company has done so much to bring the power of blockchain technology to the public consciousness,” Reich said. “We’re excited to bring Splinterlands into the OpenSea ecosystem in such a direct way and to cross-pollinate our user bases. It’s a perfect partnership that will serve our mutual desire to see more people get excited about the incredible possibilities of our industry. We couldn’t ask for a better partner for the launch of Runi.”

“We’re so excited to partner with Splinterlands for their first drop on Ethereum,” said Will Brooke, Head of Creator Partnerships at OpenSea. “Splinterlands has built an amazing community and we can’t wait to bring this best-in-class blockchain gaming experience to a new audience.”

The exclusive mint on OpenSea is currently available for users with allowlist spots. The subsequent general sale mint will open up on November 3rd on OpenSea’s website. 6500 Runi mint spots will be available in total and will cost $500 USD in ETH.

Splinterlands is the leading blockchain video game company worldwide according to DappRadar, and is known for its elaborate fantasy-themed battle card strategies and committed community.  Founded in 2018 by CEO Jesse “Aggroed” Reich and Matt Rosen, its expansion since its inception has included surpassing 2.4M users, 1M active wallets, 3-5M daily blockchain transactions, and 3B battles played. Due to its foundations in cutting edge Web3 technology, the company offers its community the ability to truly own their in-game assets, as well as holding and trading them while earning real-world rewards. Recently, the company has begun experimenting with the interoperability between games made possible by the blockchain, both in its Tower Defense series expansion and the beginnings of its new mobile sports gaming platform, Genesis League Sports. Alongside many recent successes with its central fantasy game, the company has also announced major partnerships with both the Major League Soccer Players Association (MLSPA) and Warner Music Group (WMG), with substantive plans for expansion into the mainstream market in 2023. Visit www.splinterlands.com for more information.

OpenSea is the world’s leading peer-to-peer marketplace for NFTs. We’re on a mission to help the world’s creators, collectors and collaborators own and shape their relationships directly. We’re building the world’s most trusted and inclusive NFT marketplace with the best selection – making minting, purchasing and selling NFTs frictionless and friendly, and offering unmatched selection and multi-chain options for creators and collectors of all kinds. Headquartered in New York, the OpenSea leadership team comes from Google, Palantir, Lyft, Uber, Stanford and Berkeley. Investors include a16z, Paradigm, Coatue, YCombinator, Founders Fund, Coinbase Ventures, 1Confirmation, and Blockchain Capital. 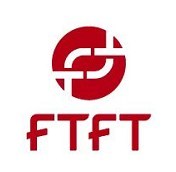 W3:Ride, the mobile iOS and Android app that celebrates cycling, is launching a new reward program for its users. This...

Core Asset Wealth Management is a financial management company. Recently, the company has incorporated SRI and Gene Therapies into its...