Coinbase, a Delaware corporation, is one of the world’s largest crypto asset exchanges. Coinbase’s common stock trades in the United States on the NASDAQ under the ticker symbol “COIN.”

The Class Period begins on April 14, 2021, to coincide with the Company’s initial listing of common stock on the NASDAQ (the “Direct Listing”). The Registration Statement and Prospectus filed in connection with the Direct Listing (collectively, the “Listing Documents”) included a letter from Defendant Brian Armstrong—the Company’s co-founder, Chief Executive Officer, and Chairman—in which Armstrong touted Coinbase’s commitment to maintaining customer trust. Defendant Armstrong also emphasized the Company’s commitment to compliance, stating that “[f]rom the early days, [the company] decided to focus on compliance, reaching out to regulators proactively to be an educational resource, and pursuing licenses even before they were needed.” Highlighting customers’ ability to rely on Coinbase as a crypto asset custodian in the Listing Documents, Defendants also noted Coinbase’s ability to “support over 90 crypto assets for trading or custody.” Additionally, while Defendants described certain risk factors relating to the safeguarding of customers’ assets, they gave no indication that assets held in custody may be treated as the Company’s property—rather than customers’—in the event Coinbase entered bankruptcy. Finally, the Listing Documents described the limited circumstances in which Coinbase sold its own crypto assets, with Defendants explaining that revenue from such sales was limited to “periodic[]” instances in which, “as an accommodation to customers, [Coinbase] may fulfill customer transactions using [the Company’s] own crypto assets.”

Throughout the Class Period, Defendants continued to tout Coinbase’s strength as a crypto custodian and commitment to regulatory compliance, in addition to denying that Coinbase engaged in any proprietary trading. For example, during a Goldman Sachs financial services conference on December 7, 2021, Defendant Emilie Choi—the Company’s President and Chief Operating Officer—emphasized the Company’s firm policy against proprietary trading, explaining: “I mean I think it’s kind of obvious in a way. It’s just people don’t want to feel like you’re trading — institutions don’t want to feel like you’re going to be trading against them. And so we’ve always had a clear line about not doing that.”

However, the truth began to emerge on May 10, 2022, when Coinbase filed its first quarter 2022 financial report with the SEC. In that report, Coinbase disclosed for the first time that, “because custodially held crypto assets may be considered to be the property of a bankruptcy estate, in the event of a bankruptcy, the crypto assets [the Company] holds in custody on behalf of our customers could be subject to bankruptcy proceedings and such customers could be treated as our general unsecured creditors.” Later that day, Defendant Armstrong admitted on Twitter that Coinbase had failed to appropriately communicate this risk to investors, stating that Coinbase “should have updated [its] retail terms sooner” and acknowledging that the Company “didn’t communicate proactively.” Following this news, the price of Coinbase common stock declined $19.27 per share, or more than 26%, from a close of $72.99 per share on May 10, 2022, to close at $53.72 per share on May 11, 2022.

Investors continued to learn the truth when, on July 25, 2022, Bloomberg published an article revealing that the SEC was investigating whether Coinbase “let Americans trade digital assets that should have been registered as securities” and explaining that “[i]f those products were deemed securities, the firm could need to register as an exchange with the SEC.” Following this news, the price of Coinbase common stock declined $14.14 per share, or approximately 21%, from a close of $67.07 per share on July 25, 2022, to close at $52.93 per share on July 26, 2022.

Then, on September 22, 2022, The Wall Street Journal reported that Coinbase had created a business group—the Coinbase Risk Solutions unit—in July 2021 “to generate profit, in part, by using the [C]ompany’s cash to trade and ‘stake,’ or lock up cryptocurrencies,” a practice that sources at the Company characterized as “‘proprietary’ trading.” According to The Wall Street Journal, the group completed a $100 million investment in 2022 to “profit in cryptocurrency markets,” and the transaction generated an “eagerness to make additional such transactions” within the Company. Following this news, the price of Coinbase common stock declined $4.70 per share, or nearly 7%, from a close of $67.64 per share on September 21, 2022, to close at $62.94 per share on September 22, 2022.

The Laffoon Action alleges that, throughout the Class Period, the Defendants made materially false and/or misleading statements, as well as failed to disclose material adverse facts, about the Company’s business and operations. Specifically, Defendants misrepresented and/or failed to disclose that: (1) crypto assets Coinbase held as a custodian on behalf of its customers could qualify as property of a bankruptcy estate—and not the Company’s customers—in the event Coinbase filed for bankruptcy; (2) Coinbase allowed Americans to trade crypto assets that the Company knew or recklessly disregarded should have been registered as securities with the SEC; (3) Coinbase had plans to, and did in fact, engage in proprietary trading of crypto assets; and (4) as a result, Defendants’ statements about the Company’s business, operations, and prospects lacked a reasonable basis and misled investors regarding material risks attendant to Coinbase’s operations.

For more information on the Coinbase class action go to: https://bespc.com/cases/COIN

On June 24, 2022, Barron’s published an article entitled “Carvana Sought to Disrupt Auto Sales. It Delivered Undriveable Cars,” detailing, among other things, that: “[i]n its haste to seize market share from competitors, Carvana was selling cars faster than it could get them registered to their new owners” and “at one point forming an ad hoc unit known as the ‘undriveable-car task force’”; “[i]n other instances… Carvana sold cars before it had title to the vehicles, an action that is illegal in many states where the company does business”; and “state regulators across the U.S. have been subjecting [Carvana] to suspensions or increased oversight over registration delays and its practice of issuing multiple temporary license plates from states where it has dealer’s licenses, instead of promptly providing permanent ones.” For example, the article detailed that “Pennsylvania officials suspended [Carvana’s] license to issue temporary permits at its two vending-machine towers in that state… citing late document submittals, ‘improper issuance and verification of temporary Pennsylvania plates in other states,’ and other violations.”

On this news, Carvana’s share price fell approximately 21% over the next two trading days, damaging investors.

The Carvana class action lawsuit alleges that, throughout the Class Period, defendants made false and misleading statements and failed to disclose that: (i) Carvana faced serious, ongoing issues with documentation, registration, and title with many of its vehicles; (ii) as a result, Carvana was issuing unusually frequent temporary plates; (iii) thus, Carvana was violating laws and regulations in many existing markets; (iv) consequently, Carvana risked its ability to continue business and/or expand its business in existing markets; (v) as such, Carvana was at an increased risk of governmental investigation and action; (vi) Carvana was in discussion with state and local authorities regarding the above-stated business tactics and issues; and (vii) Carvana was facing imminent and ongoing regulatory actions including license suspensions, business cessation, and probation in several states and counties including in Arizona, Illinois, Pennsylvania, Michigan, and North Carolina.

For more information on the Carvana class action go to: https://bespc.com/cases/CVNA

The Complaint alleges that the Offering Documents failed to disclose that the FDA had, prior to the filing of the Registration Statement and Prospectus, imposed a clinical hold, and in fact, contained statements indicating that it had not. Given that the Offering closed on July 2, 2021, more than thirty (30) days after the Company submitted the IND applications for its two immunotherapy product candidates, investors were assured that no clinical hold had been issued and clinical trials would commence. The Company, however, had received communications from the FDA on June 16 and 17, 2021, informing it that the FDA was placing the IND applications for its two candidate products on clinical hold. The Offering Documents failed to disclose this information, instead representing that clinical testing was expected to proceed in the third quarter of 2021. Clinical testing did not proceed in the third quarter of 2021, nor was it likely given the FDA’s imposition of a clinical hold.

For more information on the Kiromic class action go to: https://bespc.com/cases/KRBP

On August 11, 2021, LifeStance announced its financial results for second quarter 2021, which ended just days after the IPO. The Company reported a net loss of $70 million and also disclosed that its operating expenses had more than tripled during the second quarter. LifeStance stated that it had experienced a significant, negative “recent change in clinician retention levels.”

Then, on November 8, 2021, LifeStance released its third quarter 2021 financial results, disclosing that “[c]linician retention [had] stabilized to approximately 80% annualized in the third quarter,” and that the Company was having to increase spending on “enhanced clinician engagement and continued support for workplace and work-life flexibility.”

Then, on March 10, 2022, LifeStance reported its fiscal 2021 results, stating that a recent study had shown that three quarters of mental health patients prefer in-person services and that through 2021, telehealth services trended downwards. Additionally, the Company stated that it would be reducing the number of brick and mortar facilities that it would be building in the immediate future in order to increase its profitability.

At the time the complaint was filed, LifeStance’s common stock has traded as much as 73% below than the IPO price.

For more information on the LifeStance class action go to: https://bespc.com/cases/LFST

Bragar Eagel & Squire, P.C. is a nationally recognized law firm with offices in New York, California, and South Carolina. The firm represents individual and institutional investors in commercial, securities, derivative, and other complex litigation in state and federal courts across the country. For more information about the firm, please visit www.bespc.com. Attorney advertising. Prior results do not guarantee similar outcomes. 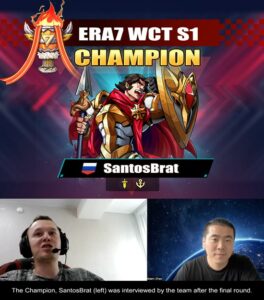 Previous post The First EsportsFi Champion Was Born; Era7: Game of Truth Opens A New Chapter of The EsportsFi Ecosystem

With two of the leading voices in the crypto industry: Charles Allen, Chairman & CEO of BTCS, and Greg Johnson,...