The newly-minted “Elevator Pitches” branded social media video interview series shared live on 2B3D’s channels features rapid fire, intimate discussions on-site at web3 events with leaders, co-founders, and team members of some of the world’s most compelling entities, prompted by Bell to share quick, canned company value propositions. Bell bounces around various halls and hubs at events such as NFT Expoverse LA – a recent conference where the series initially gained heat on social media – live-tweeting all-access, behind-the-scenes startup content from some of the hottest properties in blockchain, while sharing 2B3D’s mission to save military veteran lives by offering state-of-the-art mental health services in the metaverse.

PulseCon is a 3-day conference which brings together top thought-leaders and pioneers in the global finance and blockchain industries, “creating an ecosystem for all to learn, network, and collaborate,” according to the event website. The hybrid event will focus on presenting the Pulsechain Network to an audience of up to 3,000, while showcasing additional cryptocurrency and associated networks therein.

Bell is putting out a call to attendees of PulseCon to contact [email protected] for consideration to schedule an interview ahead of the event. In addition to being shared live on multiple platforms, “Elevator Pitches” content from the event will be archived for future use in the launch of “Cryptosis”, the 2B3D podcast hosted by Bell, launching in Q4. Bell said, “The discussion format works so well for both me and the guests that it’s now become a prominent episodic feature we love about Cryptosis.”

2B3D’s Virtual Reality Medical Environment (VRME) will enable real time medical services and is a platform that seamlessly allows the integration of existing telehealth services. It’s the next evolutionary step for telehealth technology, and will combat Veteran suicide head-on in the critical first 5 minutes of suicide contemplation. In addition to a decentralized metaverse, the company is behind both active and developing communities in the cryptoverse, including services such as VRx Virtual Healthcare with NFT prescriptions and blockchain technology, RestXP B2B meeting rooms with a resting crypto reward, and NFTy150’s NFT marketplace with minting option and showroom. 2B3D’s VRx offers critical mental health services while setting the conditions to enable the migration of existing telehealth service platforms into its metaverse.

2B3D is a decentralized Metaverse with active and developing communities in the cryptoverse. The 2B3D metaverse includes several core projects: 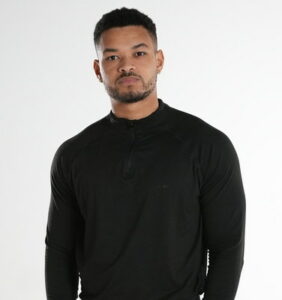