SHERIDAN, WY, July 21, 2022 (GLOBE NEWSWIRE) — Despite the attractiveness of the promise to make money in Play-to-Earn games, there are two major reasons why traditional gamers refuse to adopt web3 gaming: first, the quality of gameplay of the web3 pioneers apparently falls short of the AAA web2 blockbusters; and second, purchasing cryptocurrency and NFTs, in general, is such a complicated process to those who are not accustomed to it. 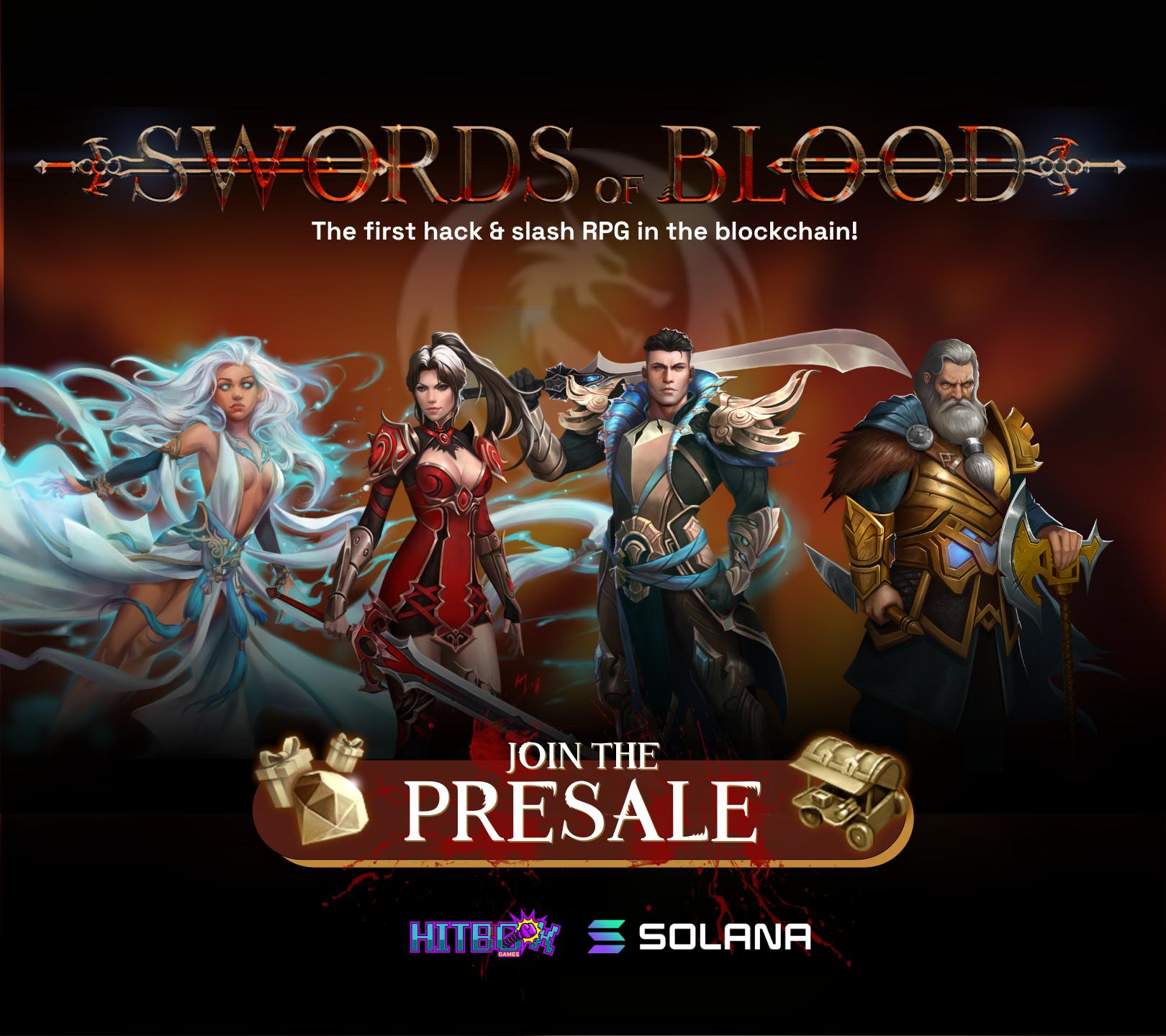 From the creators of Bladebound, comes the first high-quality, fast-paced hack n’ slash RPG to feature blockchain integration: Swords of Blood– and it is about to change the game.

Action-packed Game You Can Play for Hours

Since its launch in 2018, Bladebound achieved something revolutionary: over 1.3 million downloads across Google Play and App Store, 4.5-star rating, and great player retention rate. It only makes sense to step-up into the next big thing: blockchain expansion in the name of Swords of Blood, further developed by HitBox Games LLC, which will feature new 4 and 16 PvP maps, 100-hour gameplay expansion pack moving Swords of Blood into an MMO-style playing experience, new skins, weapons, battle passes, exclusive content, and more!

With a riveting fusion of hack ‘n slash RPG, intense graphics, extensive storyline, and brilliant game mechanics, Swords of Blood is centered around a truly immersive gaming experience, allowing all players to enjoy their time beyond making a quick buck.

Swords of Blood incorporated the revolutionary Play-to-Own concept, allowing you to earn and own actual pieces of the game.

While Diablo and Counter-Strike: Global Offensive boast natural economies and marketplaces for items, they are entirely controlled by the publishers. You can spend hundreds or thousands of dollars on weapons, skins, special items, or character outfits, but they remain under the control of the platform. Not with Swords of Blood – any items you obtain in the game, you own.

Every in-game item is a GUT (Game Utility Tokens; otherwise known as NFTs), unique and entirely yours; sellable, exchangeable and tradeable, finally giving the ownership power back to you, the player base.

Powered by Solana, Swords of Blood you can trade, purchase, and upgrade your gaming experience with in-game weapons and items using acquired golds and gems. You can also chat with other players, battle them in myriad PvP arenas, or play alongside friends and quest together! With the game economy centered around blockchain, you can use $SWDTKN to level up existing gears, purchase crafting materials, buy access to tournaments and season ranks, or mint gears as GUTs and sell them on the marketplace.

Swords of Blood has recently announced its integration with Sign In with Fractal, a wallet for web3 gaming that allows users to login to web3 games with their existing Google accounts. Create a Fractal Wallet in 30 seconds and play on any device. No chrome extension. No mobile app downloads. This integration eliminates the need for you to create a separate crypto wallet to store your GUTs and $SWDTKN.

Additionally, Swords of Blood will allow you to purchase the in-game currency, $SWDTKN, using Mastercard or Visa cards, similar to how traditional gamers make game purchases in typical web2 games they come to know.

Years of experience and millions of dollars in development have culminated in an all-star cast of game developers, experienced storyline writers, and special celebrity guests, all bringing their expertise to the game’s music, weapon design, and character models.

The team is composed of game development veterans: CEO James Seaman has more than 35 years of experience in game development and management; COO Jeremey Brown has more than 20 years of experience in game marketing; music and sound director is John Moyer of the heavy metal band Disturbed; Jakub Szamalek, principal writer for Cyberpunk and some The Witcher games, is the Narrative Director; Game Development Director Mariusz Szynalik is the co-founder of Artifex Mundi, a game development company that has released over a hundred game titles. To summarize it all, Swords of Blood team has worked on game titles such as The Sims, Sim City, Prince of Persia, Halo, Call of Duty, Assassin’s Creed, and many more!

IDO participants are in for some great incentives: whitelisting to the Genesis GUTs event, chance to win the real-life Sword of Blood designed and forged by two-time Forged in Fire champion, Ben Abbott, backstage passes to Disturbed concerts, profit-sharing, and so much more!