LEHI, Utah, May 31, 2022 (GLOBE NEWSWIRE) — The Decentralized Board and Community leaders supporting the Green blockchain today announced the appointment of Jonathan Gibbs as President of Set Power Free, an independent, decentralized organization focused on continuing the development of products and services designed to enhance the Green ecosystem. In their first 120 days, Gibbs and Set Power Free will focus on the development and global release of Green PowerPay™, a service enabling users to pay their power bill (up to $200) with GREEN – the digital asset of the Green Blockchain. Users who enroll in Green PowerPay can earn additional digital rewards each time they pay their power bill with Green.

Jonathan will partner with Nerd United DAO LLC (“NERD”), the global decentralized community of blockchain developers, to bring PowerPay to market and to continually evolve and perfect the core technology that powers the Green blockchain project. “I’m very pleased to dedicate Nerd resources to directly interface with Mr. Gibbs and his team,” said Tom Karren, CTO of NERD. “This is an exciting project, and I will be personally overseeing some of the new design and the development of the core technology that will help power the Green blockchain.”

Travis Cook, President of NERD, said, “We are looking forward to working directly with Mr. Gibbs to help create PowerPay™— a unique blockchain product that will make using Green fast, easy and affordable. Jonathan is an inspired leader with a clear vision of how Green could change the world. The impact of his work and vision is already self-evident. We look forward to playing a part in the expansion and development of Green.”

Mr. Gibbs is a seasoned executive, experienced early adopter of cryptocurrency mining, and a recognized thought leader and innovator in the renewable energy sector. He is the co-founder, deal architect, and former CEO of Lumio, one of the most successful US-based residential solar and software platforms. Lumio is known for having some of the fastest install times in the industry at scale while creating a higher standard for home experience.

“Inverting electricity into a transferrable digital asset (data) was pioneered by Bitcoin in 2008. However, today, Bitcoin is wholly dependent on costly hardware that requires significant, and likely unsustainable, power consumption – making it virtually impossible for everyday enthusiasts to support the Bitcoin blockchain. Green is the next evolution. Green is software that can run on many personal computing devices to perform the same digital transformation of power as Bitcoin,” said Mr. Gibbs. “The Green community has developed a global platform making it easy and attainable for anyone around the world to support the mission of the Green blockchain.”

Jonathan is a visionary who inspires innovative products, services, and business models. At Lumio, his last venture, Jonathan grew the company to a billion dollar valuation in just 18 months, and then sold it using a novel deal structure that retained 95% of the equity for Lumio employees.

Jonathan elected to leave his storied career in solar to join the Green blockchain project after carefully reviewing the inspired mission. He explains, “I believe Green is well on its way to fundamentally changing the global energy markets. For the first time ever, power can be decoupled from the grid to enable a global exchange of value with an array of delivery options. This is a mission that will help millions of families worldwide, including families living without daily access to reliable power,”

In a recent interview, Jonathan declared his personal belief that Green is the first global platform to disrupt and fundamentally change the global energy market in a meaningful way by saying, “In much the same way voice-over-internet-protocol, or VOIP, fundamentally changed the global telecommunications market, Green will disrupt energy markets by decoupling electricity from the grid.” He goes on to say, “The average family around the world was paying $100-$200 a month for long-distance services. When we learned to convert sound waves to data, it opened a myriad of faster, cheaper distribution options leveraging cable, cellular, and satellite technology. Today, long distance is free, but the average electricity bill around the world is $100-$200 per month. The technology already exists to Set Power Free as we did with sound. It is going to happen.”

Elon Musk, an ardent believer in blockchain technology, notoriously began accepting Bitcoin for payment at Tesla and then in a wildly unpopular move, announced the company would no longer accept Bitcoin because of the ecological impact of the Bitcoin mining network. Since early 2021, Musk has made it clear that a better alternative needs to be developed. In an apparent nod to Musk, Gibbs has declared, “The alternative to Bitcoin is already here and it has been working for years. If Tesla is committed to sourcing a so-called green alternative to Bitcoin mining—look no further than Green.”

On his first day, Gibbs announced an ambitious goal to launch Green PowerPay on July 4, 2022, in London. “We will rebrand July 4th as a global holiday—Energy Independence Day.

“Instead of memorializing past conflicts, let’s focus on avoiding all future wars. War in the modern world is a conflict over energy resources. Renewable energy sources, such as solar, can reduce or eliminate reliance on fossil fuels. Conflicts between nations is inseparably connected to the control of natural energy sources. Green has the unique opportunity and responsibility to save the lives of millions by leading a global shift away from fossil fuels. Imagine that, save the planet, and save lives.”

The Green blockchain project was launched by a community of developers in July of 2016. The Green Smart Node enables operators to earn GREEN, a digital reward issued to compensate node operators for contributing electricity, connectivity and computational resources to verify blockchain transactions on the Green network. PowerPay, a Green blockchain exclusive, enables individuals who earn Green to pay for power consumption using GREEN.

Green is a Decentralized Autonomous Organization (DAO) with more than 7,000 active nodes decentralized across more than 30 countries. Governance for Green is provided by consensus of the community. 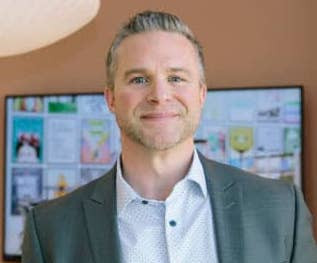 Advocates, Sponsors and Film Fans are celebrating the announcement of the first film ever to be fully funded by a...

As a new player in the DeFi market, Tenace has a clear vision for its future. Sustainability, security, speed, and...