4biddenknowledge Inc. has announced that the corporation will be reaching for NASDAQ in the first quarter of 2023

WESTON, Fla., May 25, 2022 (GLOBE NEWSWIRE) — 4biddenknowledge Inc. has announced that the corporation will be going public. Recent video updates by President Billy Carson have led up to this announcement. 4biddenknowledge has been selling shares of the company to raise capital to continue its rapid business expansion. Sales of second-round shares are ending and preparation for the next raise is underway.

Round-one investors saw a 50% increase in the value of their shares as the company valuation grew from $20 million to $30 million by the beginning of round two. Round-two sales are scheduled to end on June 3, 2022. Director of Operations Elisabeth Hoekstra stated the company is targeting the move to the stock exchange for Q1 of 2023. Hoekstra said once the sales of round-two shares conclude, the firm will be moving into a Reg A+ raise. This raise differs from the current open crowdfunding raise.

4biddenknowledge TV is available for streaming via Apple TV/App Store, Roku, Amazon, and Google Play, as well as directly from its website. It provides educational content in the fields of ancient civilizations, esoteric wisdom, metaphysics, quantum physics, spirituality, and inspiration. The company owns and operates a book publishing company, a social media platform UniteThe99 with premium dating group “Date Conscious” nested within the platform, and its own cryptocurrency, the 4bidden Coin. Earlier this year, the company released the first NFT “Thoth” in a series entitled “Pantheon of the Gods.”

To learn more about investing in round-two shares, watch Billy Carson’s video message to investors before June 3 and invest while the opportunity is available. There is always a risk when investing, and 4biddenknowledge Inc. does not make any guarantee of profits. 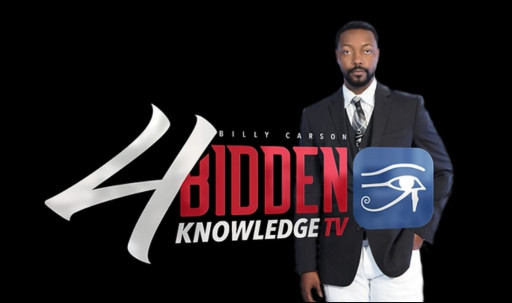 Next post Intellabridge to Present at the H.C. Wainwright Global Investment Conference

CoinAgenda gathers founders from great companies, investors and ideas in Las Vegas right before Money2020, and then six weeks later...

Rubot.info has established itself as automated robotic trading and arbitrage platform, enabling users to profit from various exchange values. Rubot...