HashCash chief, Raj Chowdhury, on why DAOs are to take over the conventional organizational structure disrupting the real world as well as the Metaverse.

PALO ALTO, CALIF., April 27, 2022 /PRNewswire-PRWeb/ –Blockchain pioneer and founder of HashCash Consultants, Raj Chowdhury pins hopes on the Decentralized Autonomous Organization or DAOs as the future of the organizational structure.

A DAO, by definition, is an organization that functions on rules encoded within a computer program that is transparent, operates by a consensus mechanism, and is not influenced by a central government. This is saying that they are member-owned communities without any centralized leadership.

Chowdhury is one among the crypto community of those who have placed their stake in the DAOs. The HashCash chief, for one, has on a prior occasion spoken of DAO taking the center stage this year.

Chowdhury widened his ground, on DAOs bracketing the Metaverse and the real world. “I see DAOs as the future of organizational structure, in the Metaverse and the physical world,” he wrote in an email. He went on to describe an example of a DAO as a sports team franchise owner. The token holders will have the power to vote for the players on the team.

Chowdhury, further eclipsed around DeFi space that will most likely adapt itself to the DAO structure. “The Decentralized Finance (DeFi) space has a number of exchanges that are code-based executions of asset swapping,” he wrote. He pointed to the purchases of assets like cryptocurrency or synthetic assets that are pegged to stocks. These organizations tend towards DAO-centricity and will eventually eliminate human intervention.

“This is because a large portion of its operations may be programmed into the organizational structure, requiring only tweaks of code voted on by the DAO token holders,” he added.

Chowdhury has previously spoken out against European Union laws curbing the capacity of crypto. He has also pointed to the necessity of banking infrastructure to evolve in order to keep up with the growth of cryptocurrencies. Chowdhury was also in the news for his crypto donations to Ukraine. He has also supported cryptocurrencies being included in 401(k) plans.

The concept of DAOs should be disruptive to a number of existing organizational structures unleashing a slew of reactions, many of which would be backed by valid reasons. “Nevertheless, DAOs are the future of organizations and will be welcomed by a vast section of the population, for their trustless and transparent functioning,” concluded Chowdhury.

Raj Chowdhury is the Managing Director of HashCash Consultants and a Blockchain pioneer. Raj pioneered the first interbank Trade Finance and Remittance implementation of Blockchain Technology between two of the largest global banks. Raj is an eminent voice in the Blockchain and Cryptocurrency space and actively engages with policymakers in this area. He is a contributor to Economic Times, Business World, and CNNMoney and advises industry leaders in the adoption of Blockchain. He is a member of Asha Silicon Valley, a nonprofit committed to education for children in emerging countries. Author of the book ‘The Dark Secret of the Silicon Valley’, Raj is an investor in blockchain and cryptocurrency companies and an active member of the philanthropic community. 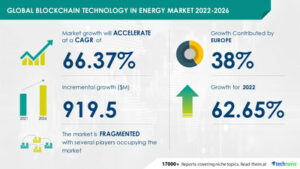