CHICAGO, IL / ACCESSWIRE / February 19, 2021 / At just 32, Calvin Boyd is already making a name for himself in the real estate and entertainment law industries. Originally from a small town in Michigan, Calvin was a product of teenage pregnancy, but at just 16 and 17, his young parents married and worked hard to provide the best possible life for him. From a young age, they instilled a sense of accountability and commitment in him. He had always had a natural desire to learn but growing up as a minority in a small town, his circumstances weren’t always easy. In his early teens, he began to realize that he was being unfairly profiled and mistreated by law enforcement, this drove him to begin learning all he could about his rights and the law. As he began to learn more about the law, he realized how prevalent mistreatment of disenfranchised communities was. He vowed to do something about it. 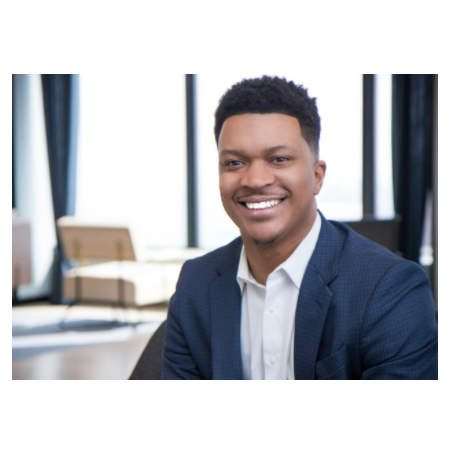 “I wanted to be in the know instead of being a victim of my circumstances,” says Boyd.

After graduating high school, he attended Michigan State University. He entered college originally intending to major in engineering but continuously found himself drawn to legal matters and a desire to better understand the law. He switched his major to criminal justice and graduated a few years later. He spent a year working for a criminal defense firm before enrolling at the Michigan State University of Law. Boyd excelled in law school, he was the recipient of multiple scholarships and served in leadership positions in several organizations. After graduating and passing the bar exam, Boyd began working at a large firm doing insurance litigation defense. This was a poor fit that left him feeling uninspired and unchallenged.

“I had always known I was capable of more, so in 2017, I finally took the leap and founded my own firm, Boyd Law.”

The early days of founding the firm weren’t easy as he was simultaneously navigating the birth of his first child.

“Even though I was burning the candle at both ends, I realized that I needed to put in the work and make the sacrifices necessary to build the life I wanted,” recalls Boyd.

He focused his efforts on real estate law while making ends meet by working as a counselor at another firm. Not long after, he founded his second company, ICP Systems, a government contracting company based out of Atlanta, Georgia. For the next few years, he traveled back and forth between Chicago and Atlanta, although running two companies was taxing, he gained a wealth of experience in a short while that has allowed him to rapidly scale his practice.

Presently, Boyd focuses his practice on two industries, real estate and entertainment. Having always been interested in real estate and investing, this was a natural fit for him. He works with everyone from first-time homebuyers to investor groups to navigate the contacts and any legal aspects of the home buying experience. The addition of entertainment law to his practice was not something he’d ever planned for. However, his natural charisma and being a minority began to attract hip hop and R&B artists. His reputation as a young, hardworking, relatable attorney has established him as Chicago entertainer’s top choice for legal services.

In all he does, Boyd continually returns to his father’s commitment to accountability.

“Although my father was a rather laid back guy, he valued commitment and execution, ‘Do what you say you’re going to do,'” quotes Boyd.

Those are the words he lives by today. Driven by a desire to put his best effort into each client interaction, he seeks to break the mold and simultaneously provide his clients with an unmatched level of service accompanied by empathy and mutual accountability.

You may have missed